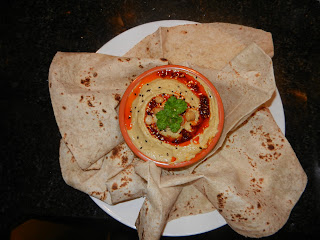 Anyway, I popped a picture of this home-made hummus on Twitter last night and there was a very positive response, so I thought I'd pop it on the blog for you.

For topping:
A few reserved chickpeas
Harissa paste let down with some olive oil
Toasted sesame seeds
Bit of green herb or some micro herbs or something pretty!

I actually was drinking a lovely NZ Villa Maria Reserve Sauvignon Blanc 2010 to toast the Kiwi team's world cup win. With its huge gooseberry and elderflower notes it really reminded me of Oakham Citra, so that's my recommendation! Cheers and enjoy.
Posted by Melissa Cole at 07:51 2 comments:

Something a Bit Silly!

I don't care if this is true or not, it's an entertaining thought!
If you had purchased £1,000 of shares in Delta Airlines one year ago, you would have £49.00 today. 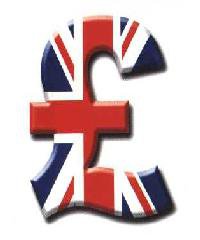 But, if you had purchased £1,000 worth of beer one year ago, drank all the beer, then turned in the aluminium cans for recycling refund, you would have received a £214.00.

Based on the above, the best current investment plan is to drink heavily & recycle.

Makes you proud to be British, doesn't it?

(thanks to Howard Winn for emailing this to me)
Posted by Melissa Cole at 02:20 8 comments:

Battle of the Sexes - Bring It On!

Tonight I am facing off against John Keeling, head brewer at Fuller's in a battle of the sexes - not really it's just going to be me and John picking beers for a menu set by the lovely Angus, licensee of the Red Lion.

I'll also have just 10 of my books, which I managed to beg, borrow and steal from the publishers to be signed, I did my first signing at Ilkley Literary Festival last week but I haven't had a chance to blog about that yet, it's all coming along with news from across the pond at GABF as well.

Anyway, here is what I'm putting up against the might of the narky Manc! I really hope given the breadth of choice I had available to me that I do justice to Angus's lovely food.


Finally! My blog has been dequarantined by Google, thank god, and I've got a lot to catch up on, not least my adventures in the US at the ever-awesome GABF, on which I'll be doing a separate post in the next few days.

But, before that, I just wanted to share something I made for dinner this evening that was not only healthy but like a hug in a bowl.

You see I really needed something comforting and cuddly, I've had jetlag like hell today but after a week and a bit of serious overindulgence, I needed something that would nurture my body a bit as well as lift my spirits and soothe my travel-weary soul - which this most certainly did.

The beer match I would suggest for the below would be something like a Vienna-style lager or even a crystal wheat or Belgian-style but nothing too dark and heavy or, conversely, very bitter as there is some very subtle and pretty spice notes in the dish that I feel would be overwhelmed

So, here goes my Oxymoronic One Pot Wonder (or slightly bastardised tagine recipe if you like!)

Wychwood Ginger Beard
A name I've seen before in a Firkin pub but a very different beer Ginger Beard is initially a little sweet but ends off with a decent fiery Ginger Kick. Personally, I find this kind of ginger beer a little one-dimensional but that's probably because I came to ginger as a flavour a little later in life, the OH who loves Old Jamaica in the summer declared it would be 'really nice ice cold in summer as a thirst quencher' - so what do I know?! : )
Posted by Melissa Cole at 15:22 1 comment: