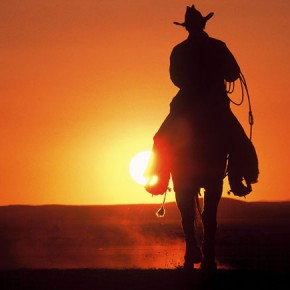 Whilst it's not unexpected, I am very, very sad to hear of the death of Dave Wickett, a true titan of the brewing world, after a long battle with cancer.

Dave's brew, Kelham Island Pale Rider, was my epiphany beer - the beer that changed the course of my life you could say - and for that I will always be grateful to a wonderfully collegiate, intelligent and passionate man.

When I met Dave at the Great British Beer Festival for the first time, I couldn't have been more delighted that I really liked and admired the man who made it as well.

In fact, I will freely admit that I behaved like a star-struck adolescent, stammering out ridiculous stories of how his beer was the one that made me sit up and take notice of real ale and, despite my burblings, he seemed genuinely interested in the impact his beer had on me and never stopped being interested, or interesting, during any of our subsequent conversations.

And it’s not just me that had a bit of a crush on Dave either, the whole UK brewing industry has a soft spot in their heart for him and he gets much credit for inspiring a whole new generation of brewers in the UK, not just through his own brewery but by helping other businesses like Thornbridge get off the ground too.

But where did he start? Well, it all happened when Wickett decided to throw in his lecturing day job and opened the Kelham Island brewery in 1990 next door to the Fat Cat pub and he also threw his doors open to the public.

During the brewery tours that he gave he showed off raw ingredients and he saw that men would really like the aroma from rubbing the bittering hops but that women didn’t, they like the aroma hops and a similar profile of behaviour happened when it came to the tastings.

However, he had no desire to make a lager, so he saddled up for a brainstorming session and  devised a beer that was high in aroma and low in bitterness like a lager but with a full, creamy body of an ale and Pale Rider was born.

The reports back were that the beer was flying out, being enjoyed by men and women from all walks of life and within three months it was the most popular beer the brewery has ever made and it’s not stopped winning awards either, it took CAMRA Champion Beer of Britain award in 2004 and so many others it’s hard to keep count.*

Dave, you are a huge loss to the brewing industry but I hope you know that your legacy is one of greatness, of innovation and of true leadership by example. RIP.

*this is a slight adaptation of what I wrote about Dave in my book, this is not an advert, just a clarification.