A Hyperbole of Hilarity 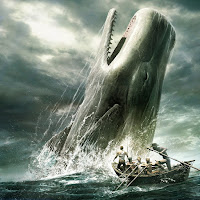 As I was away during the news of BrewDog's latest effort I wasn't going to get hot & bothered about it, in fact I'm still mostly nonplussed by the idea and just hope they carry on brewing stuff like Halcyon  Hardcore (apologies for blonde moment, had been doing my GBBF list and it was the last one added and on the brain) and doing less like the End of History, but that's just me I guess.

However, when you come across something as truly hilarious, ingenious and downright brilliant like this, you just have to share it... well done Dan Payne of Beer-Ritz, if I had my way I'd just award you the British Guild of Beer Writers blogger of the year now!

P.S. I'm deeply concerned to hear rumours that the original brew dog, Bracken, has taken the precaution of having his orifices forcibly sealed shut in case a bottle is bought anywhere near him... poor pooch, a catheterised canine is not a pleasant thought in anyone's book really!
Posted by Melissa Cole at 07:06

Is Halcyon a Thornbridge beer?

I agree that Dan should win a BGBW award. It's better than anything Mark Dredge has ever written on the subject of beer.

It's not exactly a style of writing that's difficult to parody, is it? I think Pete Brown got it spot on about the time of Equity for Punks.