I love sourdough, I do, it's great... but there are times when you just want simple bread.

Just nothing complicated bread, still warm from the oven that you've made yourself and salivated over as it cools so you can cut off the crust, slather it in artery clogging levels of salty butter and sink 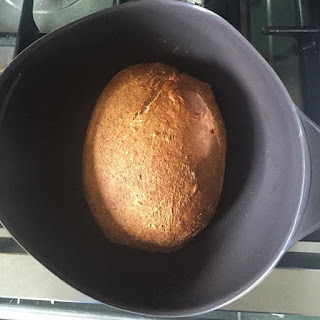 your teeth into it... that's this bread.

However, good bread - like good beer - doesn't just happen, it has to be approached with some consideration for a number of things - the main ones being the base ingredients and the fermentation temperatures.

First off, let's discuss the beer.

After I made this bread without beer a few times and it worked well, I then tried five different beers Williams Bros. Ebulum, Elgood's Black Dog, Waitrose own brand Dunkelweiss, Sierra Nevada Torpedo and Purity Saddle Black.

The Ebulum just shaded it (closely followed by the Black Dog & Dunkelweiss) because it genuinely brings something extra to the party, the elderberry gives a little fruity tang and I really like the added depth of a slight chocolatey sweetness it brings.

And you might notice there's a common theme with the beers I liked - they're sweeter malt-forward beers and low-hop and that, in my opinion, is what you want.

Your choice of beer is important for a number of reasons but the main one is bitterness levels and you want to keep these low in bread in my book.

Now, don't get me wrong, when I drink a beer I like a good belt of bitterness, I love a good IPA, but that's not the point, it's about the appropriateness of the beer in the bread.

In my personal opinion, and all these things are personal, I don't like highly bitter beers in bread. I find that bitter finish doesn't work, it doesn't harmonise with the sweetness of the wheat flour and there are also some other factors at play that can make it more intense than when you put it in.

When you make bread you lose roughly 10-13% of its weight, the majority of which is evaporation in the proving, baking & cooling process, but why does that affect your beer choice?

Well, it means tastes and flavours are going to be concentrated - which can prove particularly troublesome when it comes to intense bitterness, which only has to grow by small increments for it to go from pleasant to lingering to minging!

If you'd like a simple example then just think about how that one small piece of burnt garlic can make a whole dish taste like the Springfield tyre pyre and you'll get what I mean.

So, make sure you know your beer and how bitter it is before you get carried away with the baking!

Beer nailed, let's talk about the second part of how to get this bread bang on and that's fermentation temperatures.

Temperature control in bread is as important as beer to get the right results but it’s often one of those steps that’s kind of futzed when you read recipes, so it’s taken me a while to figure out a good system to get my dough to proof properly.


The missive you hear and read all the time on TV, the internet and in magazines and cookbooks is to leave your dough ‘somewhere warm’ - not terribly specific is it? It kind of implies gently balmy doesn’t it? Most people’s homes are ‘warm’ these days anyway, that’s enough right?

Unless you are basically a lizard (or me, I’m never warm) the average home is around 18C/64F but the best temperature I've found for getting good fermentation in my bread is about 80 degrees F or roughly 26 degrees C (I use Dove’s Farm Quick Yeast BTW).

But, how do you get that temperature?

Well, the simple route is to get a proper oven thermometer and heat your oven to 26C/80F and pop your dough in with a damp tea towel over the top, turn your oven off and use a temperature probe in your dough to make sure it doesn’t get too hot or your yeast will die and you’ll have less a loaf of bread and more a brick.

Or, if you’re a sad case for kitchen gadgets like me, you can use a temperature-controlled sous vide/slow cooker for your proofing… yes, I know, I need to order less things from the internet when I've been drinking!

And that's it, just follow the recipe below and you should be knocking out luxurious loaves before you know it!

However, just one final thing before I go, do have a play around with your yeast’s source of sugar. I’ve found that using maple syrup provides just a tad more richness and smoothness to my finished bread but find what works for you.

So, here's a very simple beer bread recipe after what was a somewhat complicated post!

Do send me pics on social media or post your results below, look forward to hearing from you. Cheers. 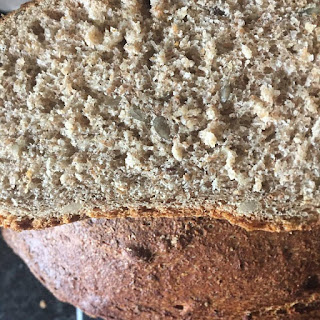