(Pea)Nuts to the Home Office 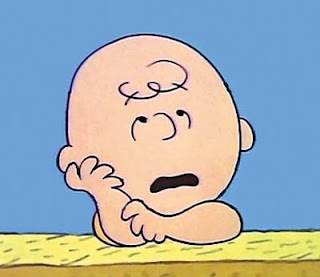 Good grief Gordon Brown, what the hell is your Home Office playing at with all this chat about banning glasses in pubs?

Now, please don't think I'm denigrating the 5,500 people are injured by glasses or bottles a year but I tend to feel there's bigger fish to fry here - like tackling the quarter of a million burglaries in the UK every year or helping the victims of the 4,700 rapes a year in this country or, and here's a good one Home Office, actually investing in police resources and infrastructure so there's someone watching the bloody CCTV cameras you've insisted are installed EVERYWHERE!

This ridiculous waste of time will merely penalise the many due to the few pubs where, frankly, the only reason thugs are using bottles & glasses to hit each other is because the furniture is already screwed down!

In all the time I've been drinking in pubs, going clubbing and generally having a high old time, I've seen two people bottled or glassed - and both times were, to be honest, because I was in a less than salubrious establishment.

So target that sort of pub, club or bar - give the authorities the power to initiate a three-month ban following any violent incident involving glassware or bottles, but don't penalise me because I want to enjoy a bottled beer out of a stylish glass in a nice bar.

But mostly, because this is the real kicker here, don't start undoing all the good work that the trade has been doing to get people to drink quality rather than quantity.

If you look at the beer market figures, spend is up whilst volume is down on quality products, which tells you people are spending rather than guzzling and high-quality branded glassware is undoubtedly part of that equation.

And what infuriates me is that this was all part of the plan - remember all that talk of cafe culture when the Home Office (under Labour) implemented flexible licensing hours Mr Brown? Well you're beginning to get it and now you're going to bloody blow it!

I could go on and on about this but I'm just so angry, so early in the morning, that I'm not sure it's good for my health, so I'm off to have some breakfast - have a good day everyone but don't forget to wrap yourself from head-to-toe in bubble wrap before you leave the house.

Why? Well I'm reckoning you may as well get used to it now because it's only a matter of time before the nanny state implements that too!

It's more than that, though - all the meejah coverage focuses on BEER glasses being the target - not nice posh wine glasses, even though the stem of a broken wine glass would make a handy weapon, seems to me. Of course, as the Home Office knows, all beer drinkers are inherently violent...

- note the comments from the designer commissioned with leading us by the nose by making a plastic pot 'desirable, acceptable and cool'. Another bloody idiot who doesn't understand or bother to find out if there's any relationship between a beer and the glassware used to consume it.

This is a government that hates beer and the people who drink it - tax has soared for 12 years while our Scots government-in-exile protected Scotch whisky and other spirits; they've refused to take seriously any initiative that would reframe and protect community and local pubs, and now they want us all drinking out of bloody beakers. If they pass this, I'm sure I won't be the only person taking my own glassware into a pub - stop that, Alan Johnson!

Do you have a libertarian party over there Melissa? Start voting for them. Believe me, things are no better here in New Zealand, and we kicked out the Labour party due to their nannying. The "centre right" National party who replaced them are no different. Vote for small government, individual freedom, and individual responsibility. Even if it seems like a wasted vote, it might at least send a message.

- Why target beer glasses only, and indeed not other types of glasses ? Not to mention glass bottles themselves, which clearly are more efficient a makeshift weapon than a pint glass ?

- Why target glass in general ? There's a thing called tempered glass, out of which a lot of beer glasses are already made, which has an impact resistance three- to fivefold the resistance of standard glass. Which means one can't really crush them on someone's face. And when they do break, if tempered properly, they break in tiny square bits, like car windows, and do not cause deep lacerations the way standard glass shards do.

- Why promote polycarbonate vessels ? They're very prone to scratching, on the inside too, which means they're a pain to clean properly and they look awful in a matter of days. Much worse than your old scratched nonic.
On top of that, There's a serious health hazard !! Polycarbonate has already come under fire from consumer organisations when used for baby bottles, as heating it releases bisphenol A, a potential carcinogen and neurotoxic. It also appeared in subsequent research that alkali cleaners do increase the release of bisphenol A.
And guess what kind of cleaner is used at a rather hot temperature in the dishwashers used in pubs and restaurants ?

Ypp, to revent a few glassings that could be prevented in a targeted way, your beloved Home Office is ready to poison youse lot.

Greig, Libertarians are no solution either, their laisser-faire economic policies have already proved disastrous when applied. The spectacular collapse of the Icelandic economy last year was due to the SocDem government following a libertarian economist and putting together a banking system missing the usual safety clauses. It went well for a decade and then as the credit crunch came one year ago, Iceland's economy collapsed in a matter of weeks, to the point where its government was begging Russia for fresh cash just to keep going and is now speeding up its entry into the EU and the Euro monetary space. Besides, Icelandic investment funds had invested heavily in companies in the UK and Scandinavia, many of which went bust as a result.

Believe me, you do not really want libertarians ruling the economy, in NZ or anywhere. You just want a few politicians with established parties with enough balls to stand up to PC stupidity.

Check out the The Office in Concert Square, and the old Arena Bar both in Liverpool. Becks lager and alcopops served to putners in plastic bottles.

@Cooking Lager - are these bars worth going to?!

@Greig - don't know enough about their aims but the current Government are just clutching at straws in places now and the disturbing thing is that the Conservatives seem significantly more keen in bringing in ever more draconian laws too - it's not looking good for the trade right now!

@Melissa. Good god no. Unless you are looking for binge drinking, street fighting and copulation, chips, and a strong sense of personal regret. They are just examples of bars that already serve in plastic.

Mmm, up in Liverpool in a few weeks, may not worry about checking them out!